Real Estate is as old as the Bible. 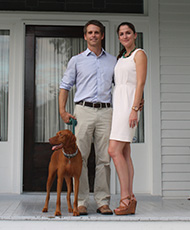 As long as I can remember, real estate has always been a family business. Growing up close to my grandfather, I was taught the value of land. Patrick J. McDermott was a first generation immigrant who tried many businesses before realizing that land is of value no matter which continent you reside on. He sought every book, lecture, and individual that could teach him about the subject of real estate. He opened his own brokerage and spent the rest of his life buying, selling, renting, and flipping residential real estate. He also invested in commercial real estate. His motto was to only work the neighborhood in which he lived – to know the history, the politics, the future, and most important, the people. At a ripe old age, he died and left a heritage for his family.

I was the recipient of this vast knowledge, as are many of my family members in different parts of the nation. When I was a child, my grandfather drove me around the countryside. As we went in and out of houses and buildings, he provided wisdom of why certain properties were good investments, why certain properties were not good investments, how to evaluate the properties, and how to market them. I came to realize that my grandfather was a genius in two areas: (1) pinpointing a property and (2) marketing a property.

At a Young Age…

I moved to New York City to pursue an acting career. The city was a great adventure and opened my eyes to the many cultures & lifestyles available to an individual. In the beginning, I worked as a Ford Model, taking the city subway to print and catalog jobs after school. I quickly found myself in the exciting world of acting, landing my first major role as Garrett Booth in Swans Crossing and then Mitchell Goosen in the Movie Airborne, a roller blade cult classic. 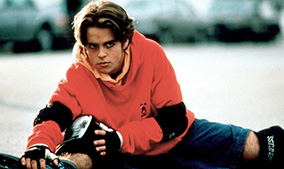 When I was not working or in school, I spent much of my time traveling. I lived in Seville, Spain for a summer and traveled throughout Europe and Africa on numerous trips. I enjoyed a three month adventure driving and camping throughout America and discovered the shocking beauty of America’s West Coast. After high school, I spent 2 years as Scott Chandler on All my Children. Thereafter, I took advantage of the opportunity to chase the surf along the California coast and moved to LA. At the age twenty, I was living in Hermosa Beach – auditioning during the day and working odd jobs at night – with a little surfing in between. For two years, I lived the California Dream but found work as an actor elusive.

My mother, Jody McDermott, a licensed real estate broker in New York City, encouraged me to move back to the City and become licensed as a Realtor. In September 2001, I was in the City working as a realtor when it was attacked. The attack affected every aspect of City life. 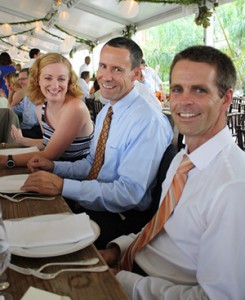 In 2003, I traveled to Galveston Island for my sister’s wedding; a month later I was making plans for a full-time residence. Yearning for a slower pace, Galveston Island – its location, affordable real estate, and quality of life – was an instant draw. The Island offered the best of both worlds – a diverse, urban walkable city surrounded by miles of sandy beaches – all an hour drive from Houston, America’s 4th largest city.

In 2004, I received my Texas Real Estate license and started working for Century 21, selling west end waterfront homes. My love of surfing and the environment helped me to become an expert in the coastal erosion issues facing Galveston beaches.

In 2005, I bought my first historic house – built in 1856 – that sits in the center of Galveston’s East End Historic District. During renovations, the house collapsed. The construction company responsible for the collapse was not adequately insured and filed for bankruptcy. Always dreaming of building my own home and wary of contractors, I bought a nail gun, pulled the permits, and rebuilt the house myself. This experience gave me a deep understanding of East End Historic home construction and a true appreciation of the Island’s diverse housing stock. Galveston has the densest concentration of historic structures west of the Mississippi – the majority walking distance from downtown Galveston.

In 2011, I married my long-time girlfriend, Laura Hughes, in Galveston. We currently live in a 1914 craftsman home with our cat, Ayla, and dog, Frida. 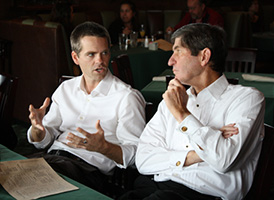 In the 10 years that I have been licensed in Texas, I have placed my license with Century 21, Joe Tramonte Realty, and Prudential/Better Homes & Gardens Gary Greene. I have served on the Galveston Park Board of Trustees, Landmark Commission, and Comprehensive Plan Committee. I am currently a director of the Housing Finance Corporation, board member of the Galveston Island Tourism Council, and an active member of the Chamber of Commerce C-Crewe. I know this community and look forward to keeping Galveston neighborhoods strong and vital. I have had the pleasure of working with the best in Galveston and taking knowledge from each.

“I am your Galveston Neighbor and a long time realtor specializing in Galveston in-town residential neighborhoods and west-end waterfront properties. If you are in the market to purchase a property on Galveston Island or have considered the possibility of selling, I would be pleased to work for you.”